Global warming and carbon emissions have strongly shaped policies around the world during the past decade. Today most governments around the world see it as their goal to reduce greenhouse gas emissions. When China surpassed the US in carbon emission in 2006 the country came into the spotlight of carbon and renewable energy discussions with the country’s energy consumption relying greatly on fossil fuels. Currently, China’s energy supply is dominated by coal consumption, while natural gas and oil are in relative short supply. In 2007 fossil fuels accounted for more than 90 percent of China’s energy consumption, of which roughly 75 percent came from coal. [1] This is largely the result of coal being China’s most abundant fossil energy resource with an estimated 5,570 billion tonnes in coal deposits located within the country, making up roughly 12.6 percent of the world’s total coal reserves. [2] Despite its abundant reserves China became a net importer of coal in 2009.

China also overtook the United States in 2009 to become the world’s largest energy user and as a by-product also became the leader in greenhouse gas emissions. In 2011 China was estimated to emit more CO2 than the US and Canada together, an increase of 171 percent since the year 2000.[3] 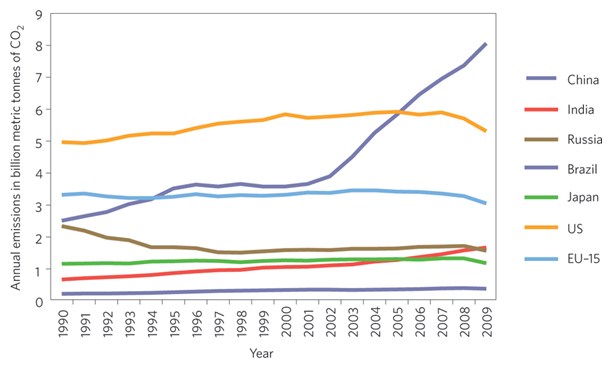